The most frequently reported and typical breaches in 2021

The end of August this year witnessed the publishing of a report on the activities of the President of the Office for Personal Data Protection in 2021. The list of the most frequent breaches contained there makes it possible for you to focus on avoiding the very situations that lead to the breaches in question. 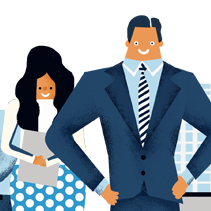 In the report, the President of the Office for Personal Data Protection indicated the following situations as the most frequent and typical breaches:

Some statistics: in 2021, the Personal Data Protection Office received 12,946 reports of breaches, while in the case of the private sector, the largest number of reports came from entities representing the following sectors: telecommunication – 1,890, insurance – 1,929, banking and finances – 1,113 and non-public health care – 257.

Why does it happen so often that thieves steal laptops and other portable electronics?

How to build secure passwords?

I have been hacked. How can I recover my account?